The search for an off-duty member of the Garda Síochána was stood down today at 10.30am.  Search units made a discovery near Ballyward bridge of the remains of the man. He lived locally and had fallen into the Liffey above Blessington while warning members of the public of the flood dangers in the area.

Conditions were made difficult due to the poor road conditions last night and the search, which had begun shortly after the man had fallen into the flooded river, was suspended at approx 1am and re-commenced at 6am.


We would like to thank all of those who attended or tried to attend (many were unable to reach Blessington last night due to the conditions), and we would like to express our deepest sympathies to the family and friends of the man who was acting selflessly and courageously at the time of the accident. 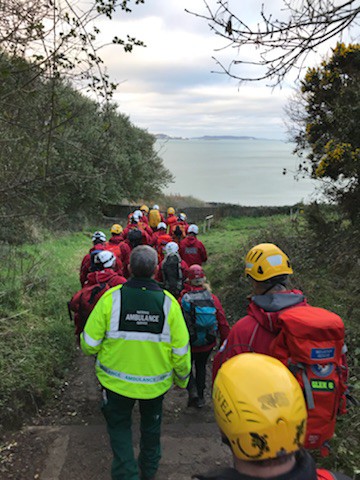