The man had taken a fall while descending a steep scree slope on the western side of the mountain. He had sustained a hand injury and lacerations to his face and hip. Mountain Rescue (MR) personnel assessed the casualty on scene. Pain relieving medication was administered by an MR doctor and an advanced paramedic, including Penthrox . This is the first time in Ireland that any Mountain Rescue team has used this medication. His injuries were treated and the casualties was packaged and placed in a stretcher. Due to the steep slope and the instability of the scree underfoot the stretcher was belayed until the party reached the main track.

On reaching the ambulance at the roadside the casualty was handed over and taken to hospital. Mountain Rescue would like to thank the National Ambulance Service. 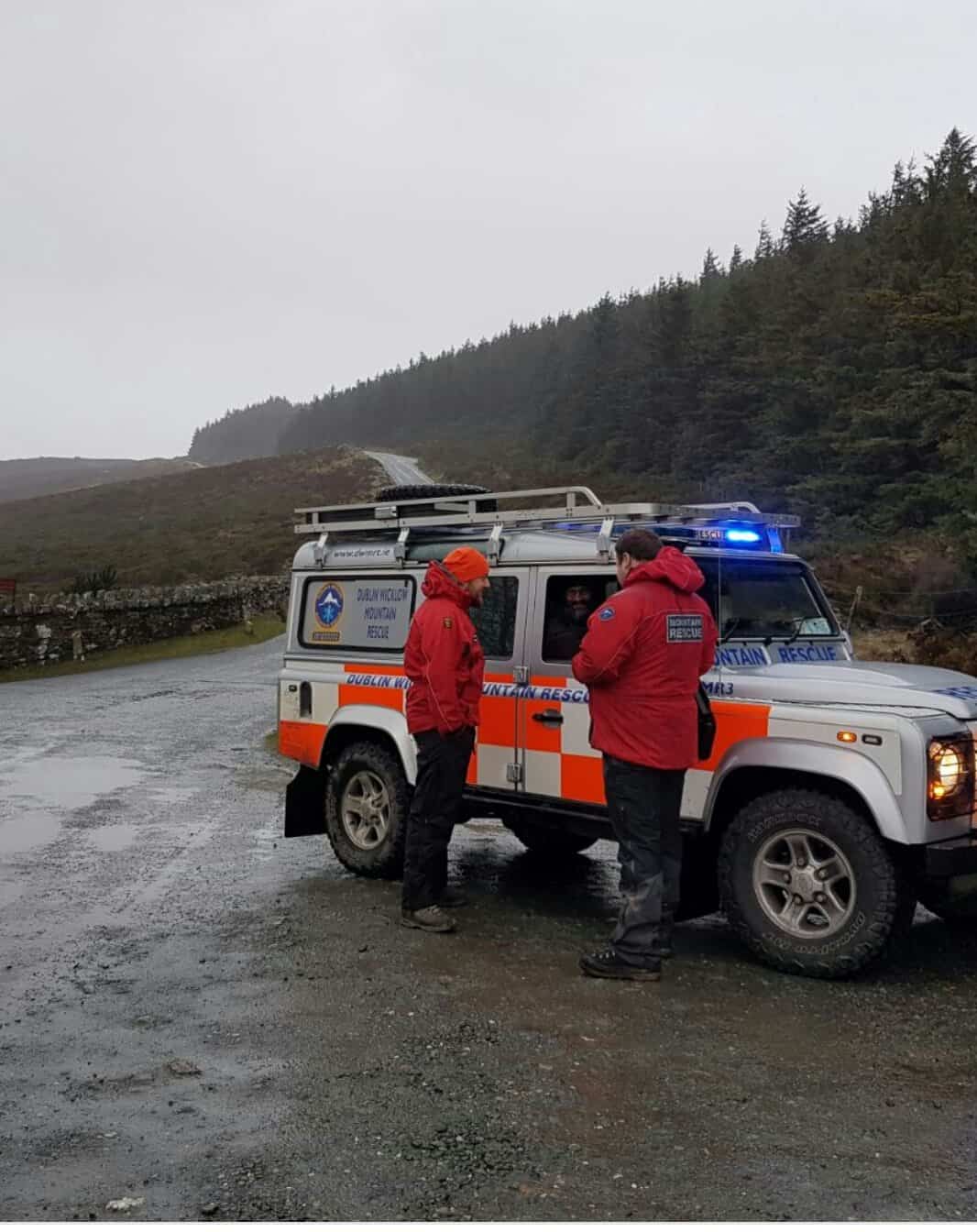