A pair of Polish climbers were on a difficult climb on the upper cliffs when the leader took a serious fall and his second raised the alarm.

Dublin Fire Brigade and the Coastguard were also on scene and a stretcher was lowered to where the climber had fallen so he could be evacuated. Initial care was given from a Doctor and Advanced Paramedics before the man was lowered to the ground.

He was then transferred to a waiting HSE ambulance for transfer to hospital and definitive care. The incident was stood down just after 18.00.

Mountain Rescue would like to thank all agencies involved including: The HSE, Dublin Fire Brigade, Wicklow Rapid Response, the Irish Coastguard and the Gardaí. 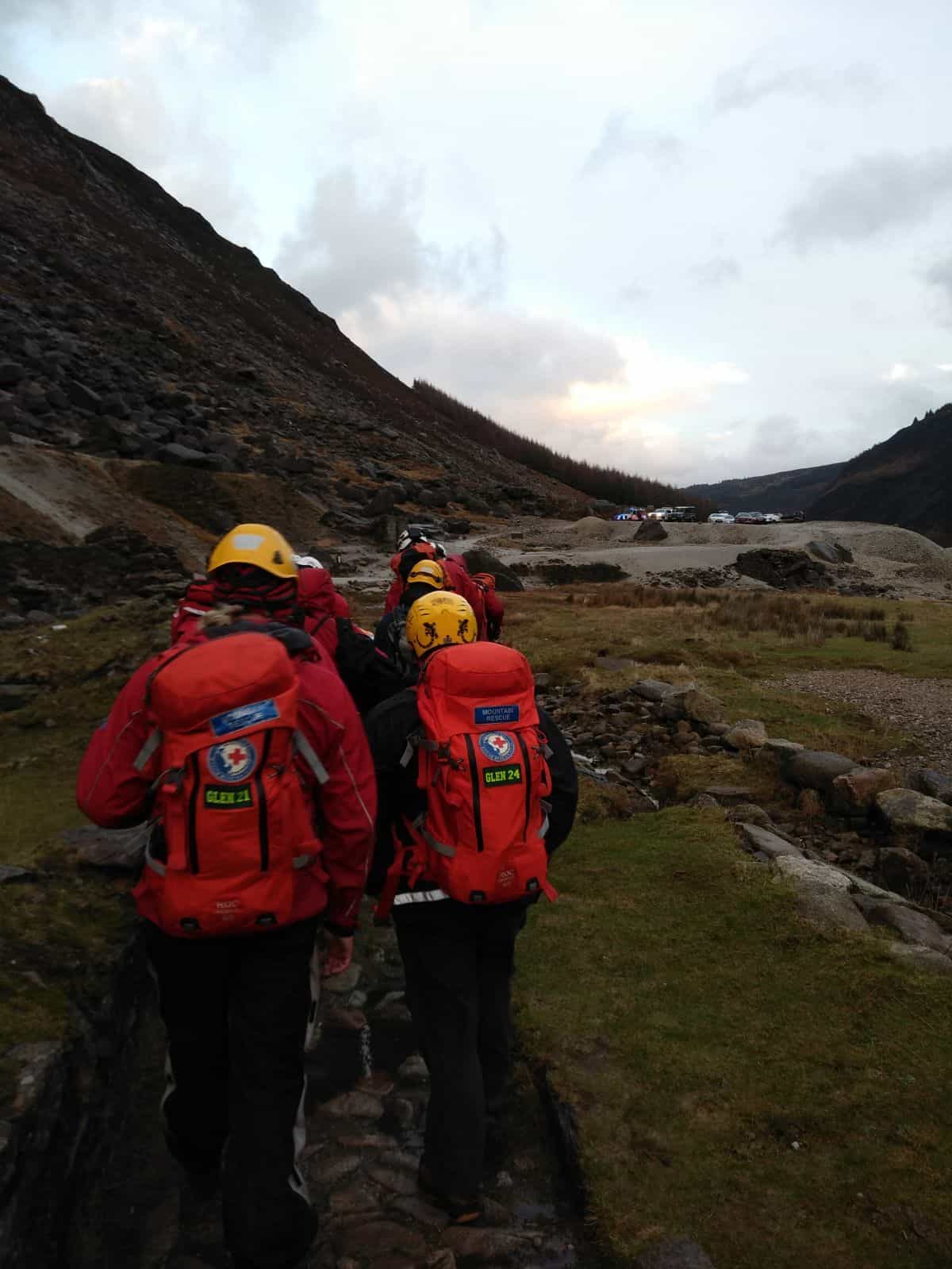