Today Sat 13th August at approx 1pm, a 28 year old rock climber fell whist attempting to ascend a route in Glendalough, above the Miner’s village .  Mountain Rescue Teams were alerted and sent assistance to the location.
The man was helped to a lower point where the Irish Coastguard helicopter could safely operate.
Rescue team members together with the helicopter winch-man and the help of climbers in the area, secured the injured man into the stretcher.  He was airlifted at approximately 3.15pm and brought to Tallaght hospital. He sustained a suspected shoulder injury.
Many thanks to all of the rock climbers in the vicinity who assisted the man, to the National Park staff , and to all the others who helped bring this operation to a successful conclusion. 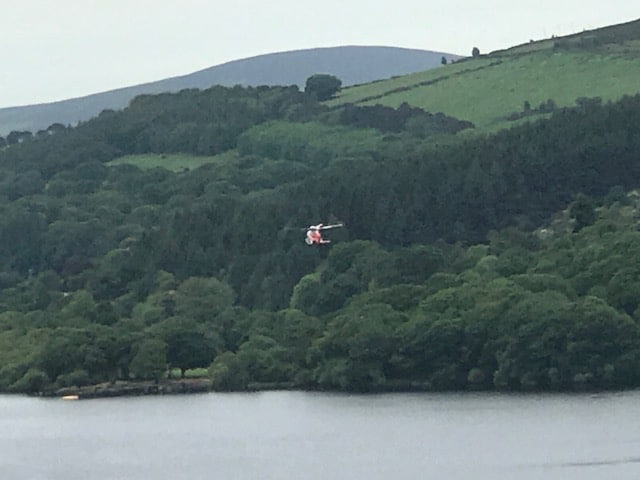