The Dublin & Wicklow Mountain Rescue Team and Glen of Imaal Mountain Rescue Team were this morning contacted by Gardaí to respond to a 999 call for Mountain Rescue. Two men who had set out for a day hillwalking at 11am yesterday morning, Wednesday 24th November 2010, had underestimated the time they would require to complete their intended route.

One of the men had experieced a reoccurance of a pre-exisiting medical condition which prevented him from covering any distance, and whilst they had not prepared or planned to spend the night on the hillside, they agreed to do so and make their way off the mountain in the morning. The men had ultimately found themselves in a situation where they had no torch or source of light with which to safely find a location from which to call for assistance – Mobile phone reception in the area is notoriously unreliable.

As the men had not packed a survival bag or other means of shelter they had to spend a night on mountainous terrain largely exposed to the elements. Early this morning shortly after sunrise the second walker managed to find a position with mobile phone reception from where a call was made requesting the Mountain Rescue services. The two mountain rescue teams responded to the general area and deployed search parties to cover the Glenmacnass Waterfall, Tonelagee, Scarr and Kanturk area. The informant, the walker who had phoned for help, was located in a wooded area north of Kanturk Mountain by rescuers and he was guided back to a waiting Mountain Rescue landrover. The Irish Coast Guard S61 Helicopter which had flown to Wicklow at the request of the Mountain Rescue teams successfully airlifted the casualty from his location on exposed hillside a short distance away.

Both men were uninjured after their unplanned overnight stay in Wicklow and the rescuers were ‘stood down’ at 12:25 this afternoon. We’d like to thank the agencies who took part in this operation 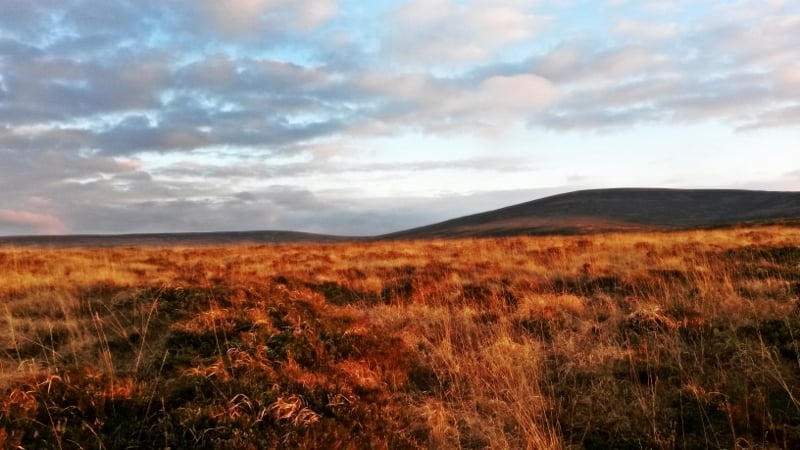