Wicklow’s Mountain rescue teams attended another call for help on the Military road which leads to Sallygap. Despite continuous warnings from An Garda Síochána and numerous media outlets drivers are still attempting to drive the Military road which links Dublin to Wicklow through the Sallygap junction. Last nights rescue involved two separate drivers who had both gotten stuck on the icy road. This is the eleventh incident that the Dublin and Wicklow Mountain Rescue Team and the Glen of Imaal Mountain rescue team have responded to in the last 10 days.

The first incident occurred at 5:30pm when a man who was driving close to Glencree/Lough Bray got his BMW X5 stuck in the ice. One the man’s location was confirmed members of the mountain rescue team made their way to his location. He was transported by a mountain rescue vehicle, leaving his own behind, to Enniskerry, where he made his own way to his destination.

As this incident was coming to a close the teams got a second call at 7:30pm for another vehicle that was stuck in the ice. The driver a local from Enniskerry was making his way from Enniskerry towards Tallaght when he got stuck about 1 kilometre from Glencree on the Military road. As the road conditions were worsening the two 4×4 Landrovers which were dealing with the incident could not get to the drivers exact location. Team members had to make the rest of the journey of a couple of hundred meters by foot to reach the stranded driver. Once he was located he was brought back to Enniskerry in a mountain rescue vehicle.

Mountain rescue would like to thank all those involved in both successful rescues; however they are asking drivers to heed the weather warnings and not to attempt to drive these roads. 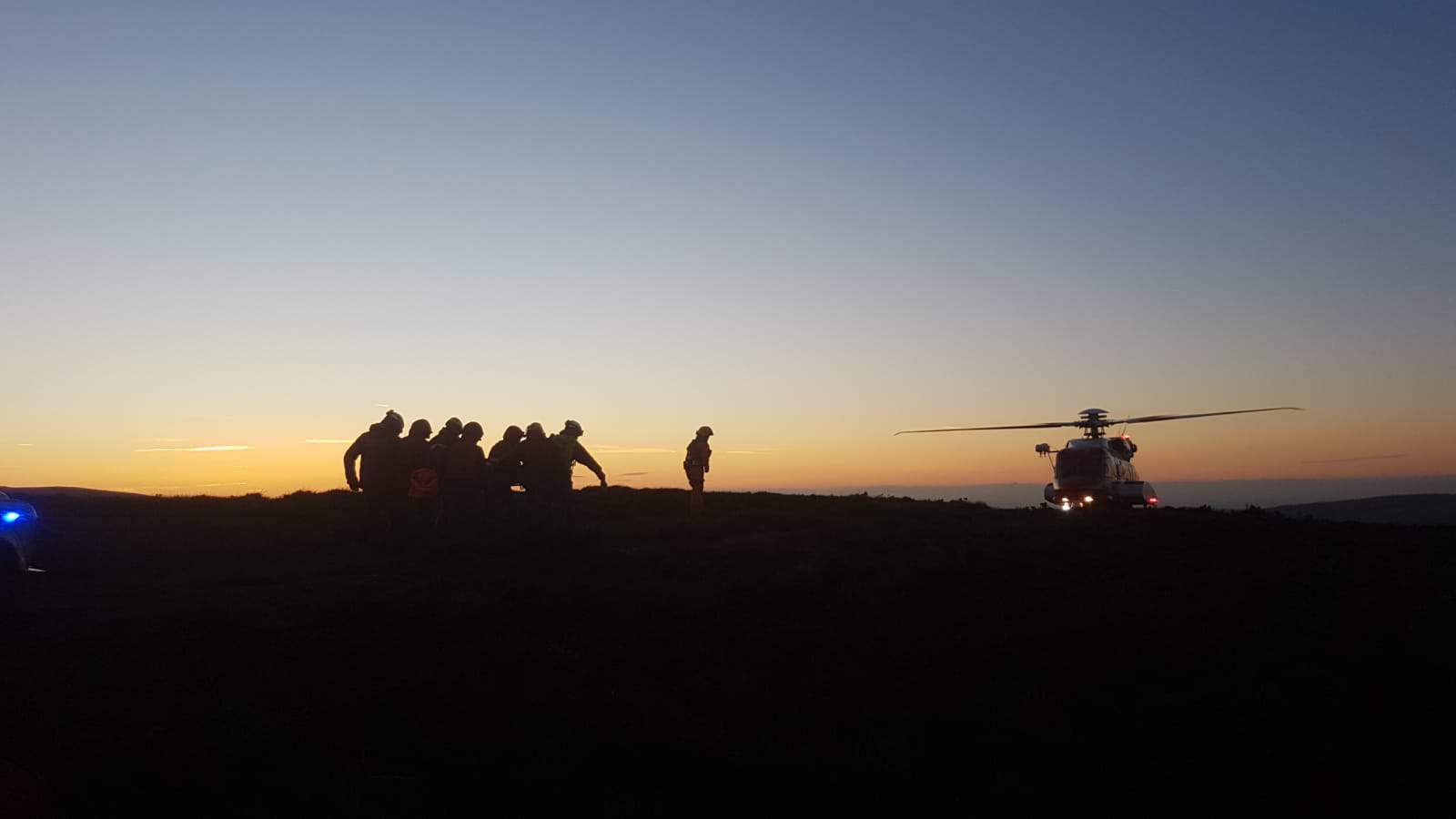