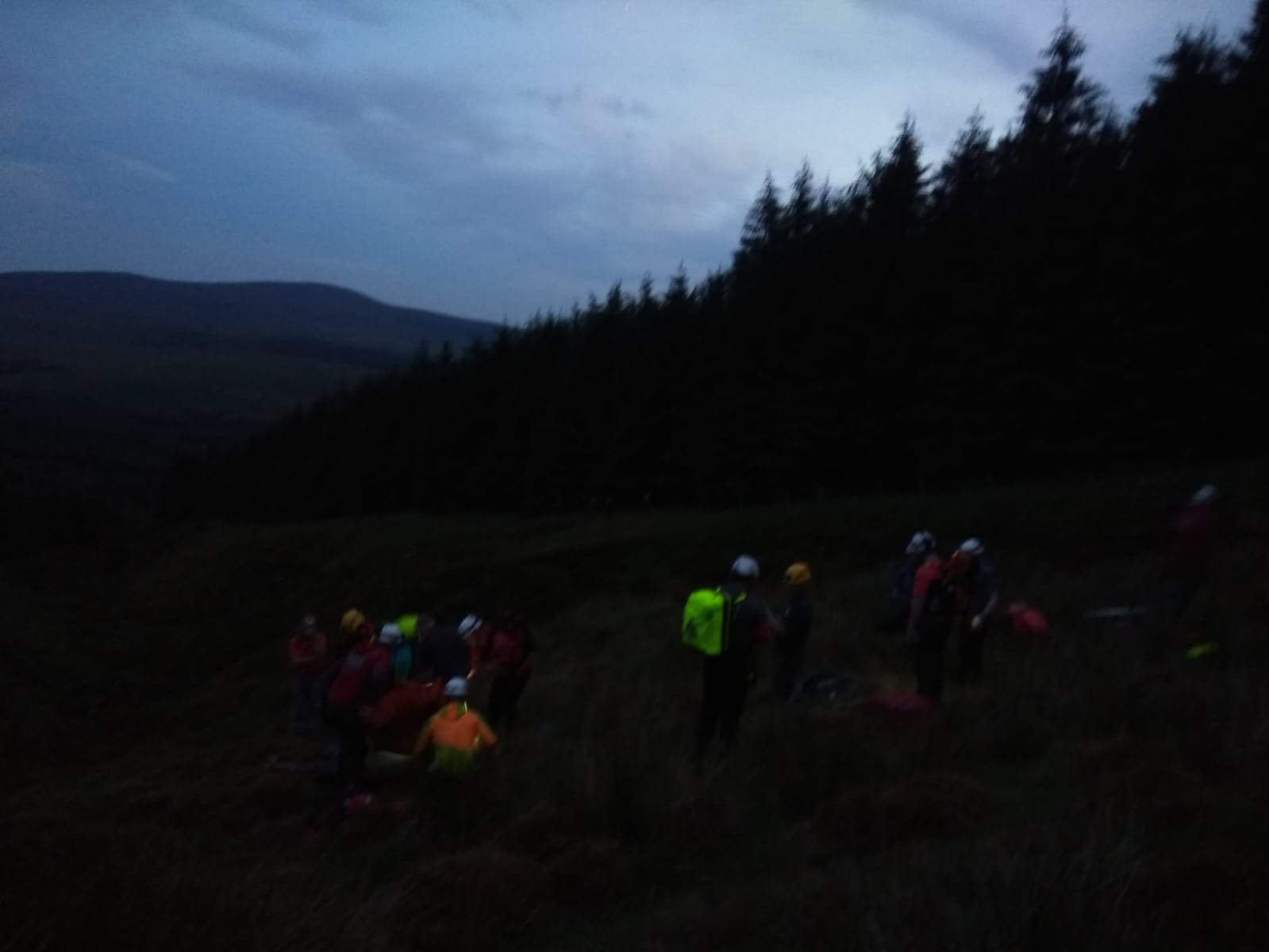 At 20:41 on Thursday, July 19th, Glen of Imaal Mountain Rescue Team and Dublin & Wicklow Mountain Rescue Team were tasked by An Garda Síochána to assist a man who experienced chest pain, while walking as part a group, on Seefingan.
Mountain rescue (MR) personnel responded, along with Irish Coast Guard helicopter, Rescue 116. The walker was assessed and treated on scene by EMTs, a paramedic, and an advanced paramedic, all of whom are MR personnel. Rescue 116 was overhead, but following consultation between on-scene medics and a medical doctor, the decision was taken to evacuate the patient on a stretcher to a waiting ambulance for transport to hospital.
MR wish the patient a speedy recovery, and would like to express our gratitude to the crew of Rescue 116 and the National Ambulance Service. 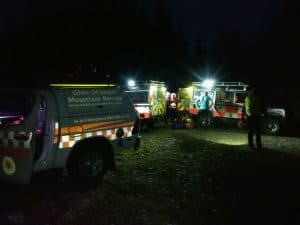 While out hillwalking with his friends the man in his 50’s began feeling unwell and experiencing chest pain. He was initially attended to by a community first responder from the Glen of Imaal and then by an Army Advanced Paramedic who was training in the area. Due to low cloud cover at the causality site the Coastguard helicopter could not do a lift from that location. Mountain Rescue personnel assisted the man to the army all-terrain vehicle which then drove him down to Leitrum Cemetery Landing Zone, from where the Coastguard Helicopter transported him to hospital. The incident was stood down at 15:55hrs.
We would like to thank the Coastguard, Irish Defense Forces and Donard/Glen of Imaal Community First Responders for their assistance.