Yesterday, Friday 15th, the boys set out for the summit of Lugnaquillia from their tents.  On the return descent they became disoriented and found themselves unable to find their way.  Once they had wandered onto steep ground, they realized that they couldn’t return safely and called for assistance.  The Rescue teams responded quickly and deployed search teams thoughout the area.

The Coastguard helicopter “Rescue 116” was of great help narrowing down the search area, but had to return to base due to low fuel.  Communication with the teenagers was difficult due to the fact that they had a German ready-to-go mobile phone, and their credit was rapidly diminishing.  Attempts were made to solve this through contacts with the German embassy.

After 4 hours of searching the boys were found at 1.00am.  They were in good spirits, but very cold.  After re-warming, feeding and clothing the young mountaineers, they were helped descend to the safety of the valley.  The Glenmalure Lodge kindly offered to put the boys up for the night, as all the lads equipment remained in their tents on the mountain.

The operation was concluded at 2.45am with everyone safely off the mountain.

Many thanks must go to all those who searched into the early hours for the boys:

Many thanks to Paddy and Anne Dowling of the Glenmalure Lodge. 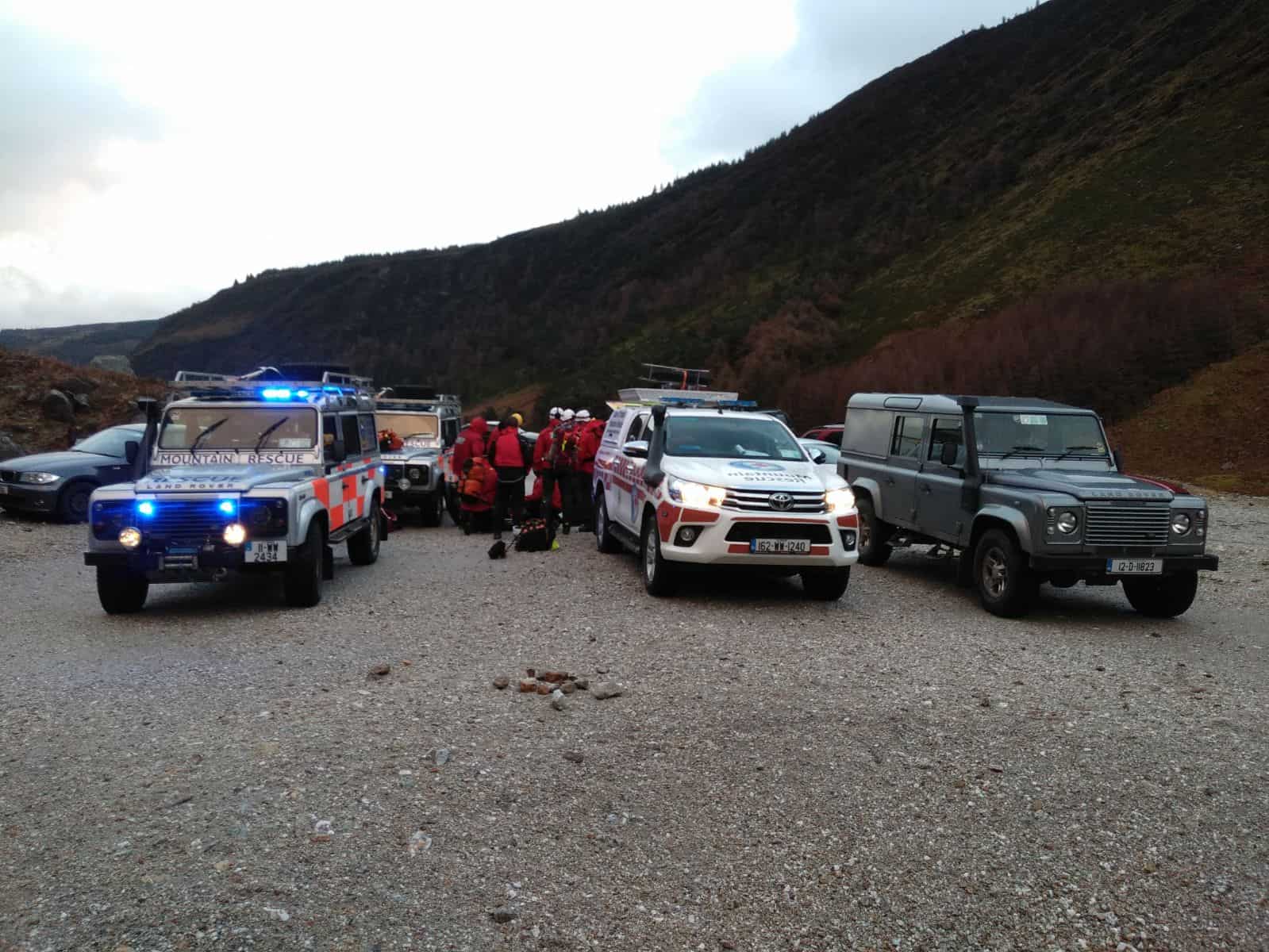